Coming as I have from a musical background, the word “virtuosity” brings to my mind the image of a great violinist or pianist; someone who has practiced so dedicatedly and relentlessly, and knows their stuff so well, that they bring their own emotions to bear with great precision and beauty to the best possible performance.

I will never forget the day that I experienced that same virtuosity within myself, practicing psychoanalysis.  I was 15 years in to my practice, and was nearing the end of a difficult session with a man who wanted to leave treatment.  I could feel a familiar surge of dread arise, unsure of what to say in light of the treatment destructive resistance.

The patient, a frustrated, lonely and unsuccessful man who attacked himself relentlessly, was accusing me of not helping him.  I felt he was perhaps exacting revenge on me by leaving treatment.  By leaving, I hypothesized, he could enjoy transferring to me the deep feelings of inadequacy he harbored chronically.  From this angle, leaving would be progress for him – to disparage me, and not himself.

“I have failed you,” I agreed.  “But why do you have to leave?”  He argued that there was no purpose in being with someone who didn’t know what they were doing.  I asked him, “could you help me learn how to help you?”  This absolutely enraged him: “why should I pay you to learn how to treat me?” he practically shouted.  “That’s crazy!”  He was totally outraged by my audacity.

While I might have cowered as a younger clinician, perhaps unconsciously agreeing with him that it might be best to discontinue treatment, I knew theoretically that if he could stay in treatment with me, he would learn how to be with himself.

“Who else,” I argued, “do you have in your life who is willing to work on the relationship?”   To that, he had to concede, “nobody.”   “If you help me,” I said, “maybe it would be helpful to YOU.  I do want to do a better job with you, you know.”  This emotional communication succeeded in protecting his ego sufficiently from the perennial problem of his chronic self-hate, which he usually clung to tenaciously.  I was happy to shoulder the blame and responsibility for why he wasn’t getting better.

Perhaps, finally, he had found somebody as incompetent as himself.  Perhaps someone who could handle it.  And for whom it didn’t mean disconnection and isolation.  He stayed in treatment, replacing his desire to exact revenge against me for being so incompetent, with a feeling of generosity expressed in his willing to tolerate me despite my obvious shortcomings.

As I juggled the dynamics of the session, by the way, I felt riveted.  Watching the patient respond with emotion, and securing his commitment to continue treatment, was exhilarating.  “This,” I remember thinking, “is what psychoanalytic virtuosity feels like: knowing, in this wildly challenging session, what I’m doing, how, and why.”

What I want to convey in this blog, are the different aspects of training that I believe can lead to virtuosity in practice: to working with a treatment-destructive resistance such as this, replete with a searing negative transference that requires you be very sure-footed as an analyst.  Here’s what I believe must go into experiencing a sense of virtuosity.

Learning (and knowing) metatheory is the best way to keep from drowning in the very feelings of anguish that must inform your deep emotional understanding of a case.  The knowledge helps you reflect and stay objective when clinical work becomes challenging.  It’s always a good idea to reflect on theory to help you remain objective and to fuel further discovery.

In the case above, I had in mind a drive-theory perspective which guided my resolution that it was better for the patient to be angry with me rather than himself, and consider this “progress”.

From an object-relations model, I knew the patient would be able to enjoy feeling connected and accepted that I still wanted to work with him despite his complaints and his rage.

Thinking in terms of structural theory, I was studying his defenses.  They way his rage potentially sabotaged connectedness and growth, as opposed to being an energy that would help him understand himself, and me, better.

Theory is very grounding when it comes to doing clinical work, anchoring the often very turbulent energies that make it possible for us to work with very primitive energies, psychotic mental states, regression, distortion and delusion.

Once I had a good body of theory under my belt , how I listened to a patient in a session expanded greatly. For example, an obsessive patient who was driving me out of my mind as a beginning therapist by complaining incessantly about a dripping noise in her bedroom, became fascinating to me after I read Freud’s “Rat Man”. I started to wonder what the plumbing problem symbolized sexually, since this woman had never achieved orgasm. I then also started to listen beyond the complaint to gauge her levels of frustration, hopelessness and obsession. Theory can really expand listening when feelings are engaged.  It helps us wonder what the unconscious is doing.

If I had still been a student, without the extensive education and personal analysis that is required to become comfortable with turbulent emotional states, this patient’s feelings about me would have aroused a subjective countertransference resistance.  How could I have survived his relentless attacks?  I would have happily referred him out.  Whenever we cannot hold the space for a patient’s virulent rage, hopelessness, despair or disappointment, it is a good idea to refer that patient to someone else until we have analyzed our relationship to those affective states sufficiently to work with them with ease, to invite the patient to continue revealing themselves as much a possible.

Learning to listen to your own feelings is difficult if you stumble across some that you are particularly allergic to.  For some, it is inadequacy, for others, being left, still others don’t like anger, and to some degree we are all hard-wired to want to escape all of the above.  One of the most rewarding aspects of training to become a psychoanalysis is gaining mastery over your most unwanted feelings, which makes it possible to discern choices instead of getting overwhelmed in light of them.

Generally speaking, in the beginning stages of training, most of your countertransference responses will be subjective, that is, to do with you.  Like riding a bike, you will feel scared, fascinated, tense, exhilarated at first, and those feelings will be on the front burners, probably, of all your observations. As a student, I was afraid for a long time that my patients would discover me for the ingénue that I was, and leave. Sometimes, it was hard to hear much beyond the clamor of my own insecurity.

Once you have gained adeptness and familiarity with your countertransference, however, your own subjective feelings fade into the background more, and it becomes progressively easier to ascertain what the person in the room with you is feeling, until you can more and most easily slip into their consciousness and experience their tension levels through your own psyche.

Once you know yourself really well, you won’t experience a hump of dread, anxiety, confusion or insecurity that can get in the way of hearing the patient. Then, you can really be with the patient, no matter where they are at.

Clinical methodology, how we intervene with patients, is something we often learn either on the page, or better yet, in supervision.

I highly recommend beginning students to work with a few supervisors, to learn their style.  I had one supervisor who had a magnificent ability to deal with negative transferences.  She was strong but gentle, and used to say “use a fist of iron, with the voice of an angel.”  She was on my shoulder, like an angel, during this session.

Supervision is another form of analysis, and what I learned first in supervision was that I did not want to do anything my supervisors recommended! Worse, I did not want to learn anything from them. It actually took me a very long time to understand this about myself. New levels of resistance to teamwork continued to unfold the more I got analyzed. We are very fortunate that our supervisors work with our own resistances as student analysts. Ultimately, it makes it possible for us to learn from them.

Just as proficiency sight-reading music or driving a car develops naturally, so that you are no longer even conscious of your efforts, so too, I believe, do our supervisor’s distinct styles become integrated into our own repertoire. Some of my supervisors’ ways of working have become so deeply ingrained and internalized that sometimes I feel as though I channel them.

Hearing the patient, at first, means knowing what questions to ask.  Later, it becomes much more nuanced and intuitive as you allow your own personality to shine through when you become less afraid of your own subjectivity.

Following the patient’s contact, in later stages of treatment, gains depth and breadth.  You listen for what feelings are in a weighty pause.   You “listen” to the movement of a foot, or awkward movement.

PUTTING IT ALL TOGETHER

Listening well actually requires a psychoanalyst to be on five different levels simultaneously.  In the case of my depressed patient, I was listening to him, to my countertransference, to what I knew about his character, to theories about what helps with depression and to my supervisor inside my head. It was exhilarating to recognize how much I could listen to and use, at once.

This past week, a woman suffering from the sudden onset of terrible panic attacks came into my office. She thought that if she could only understand why this horrible thing was happening to her, it might go away. Could I understand it and explain it to her? Of course, I had no idea why this woman was suffering! Or who she really was. I felt only her deep frustration, watching her take a long drink from her bottle of water after I had to tell her that the panic attacks were something we would have to understand together, that was happening unconsciously.

The process of learning how to listen, with all of its discomfort, begins anew with each case. With each new patient, we have to tolerate not-knowing, and be willing to tolerate the feelings that the patient has not learned to discern or articulate.

I search for a question to keep the panic-stricken woman talking. One that will not be too painful or too deep but at the same time, not too removed from what she is talking about. I find a neutral question, not too ego-oriented but not too off-topic either: “do your family understand what’s happening right now?”  and she begins to talk. I sit back and listen, a student once again, observing, taking in her panic, waiting for the next resistance and the gradual unfolding of her despair.

Sign up for musings and news sent to your inbox

GETTING ANCHORED IN THESE PANDEMIC TIMES

A reporter contacted me yesterday for help on a segment on “Pandemic-Era Positivity.”  She was looking for non-traditional ways of staying motivated and inspired. She said

Use the space to ponder 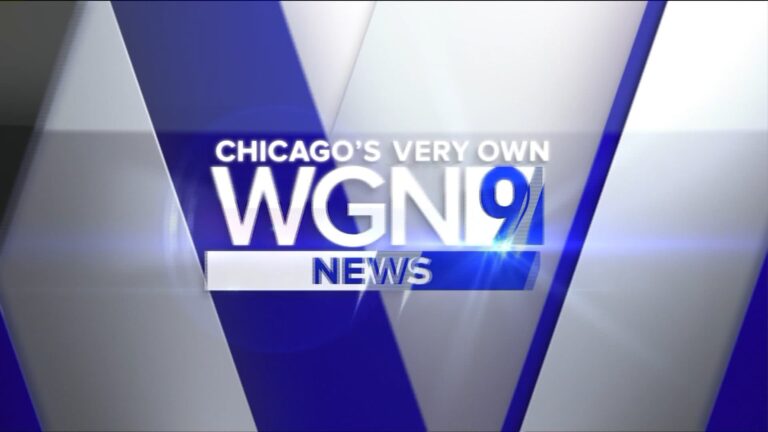